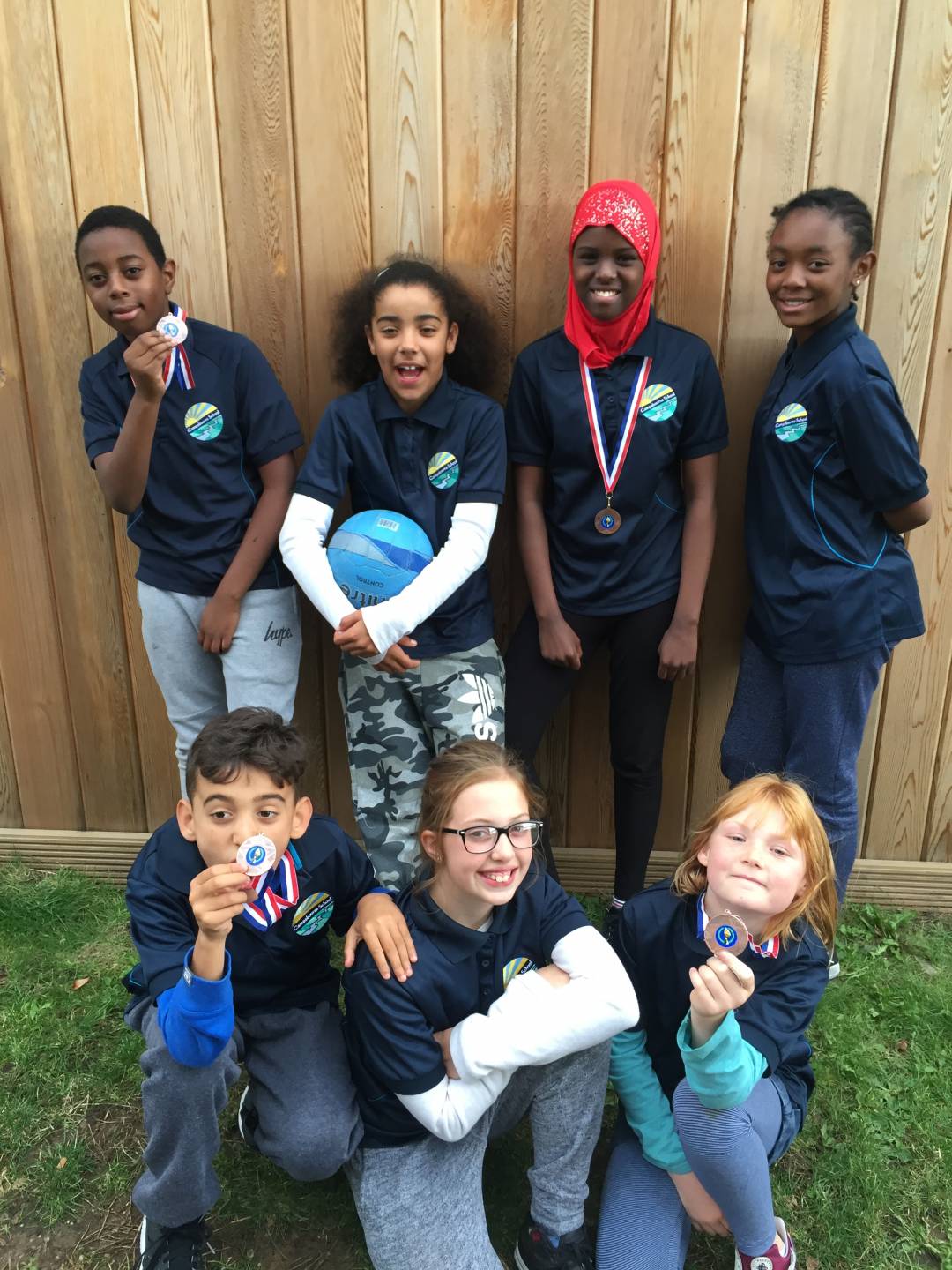 The netball team played in a major Haringey tournament this week. They won all seven matches (only conceding 1 goal!) to become winners of their group and get a place in the semi-finals. Sadly they lost this game to the eventual winners. Upset but determined, they played a tough third-place play-off game to take the bronze medals home. Congratulations to Caitlen-Star, Chloe, Emily, Ibrahim, Laneashe, Sabrin, Vlerson and Zenedine.

Sorry, the comment form is closed at this time.