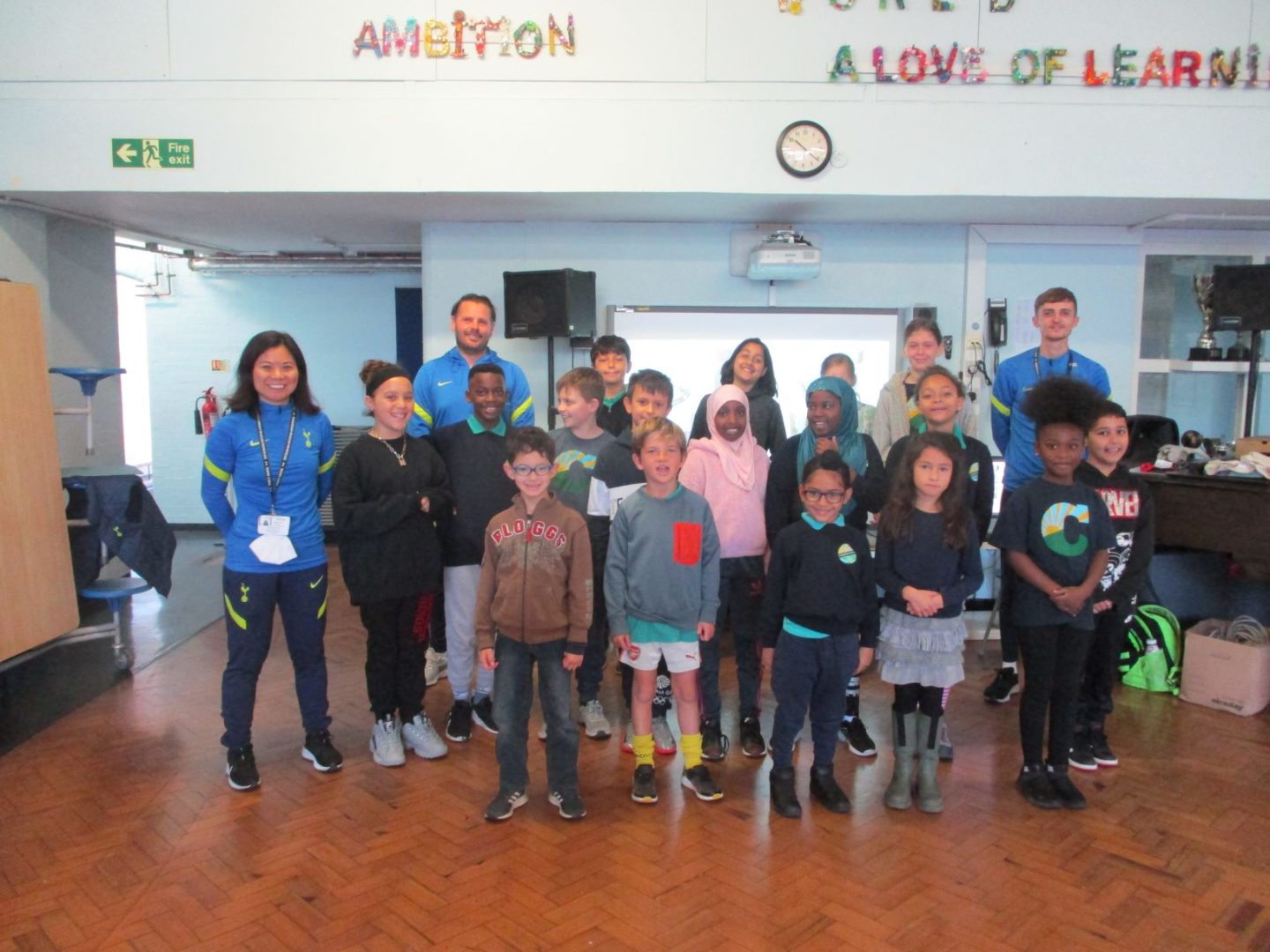 Posted at 19:09h in Homepage by Jonathan Smith
0 Likes

On Wednesday, Joanna, Chris and Connor from THFC delivered a special assembly to celebrate their first black football player, Walter Tull, during Black History Month. The children learnt that despite losing his parents at an early age and spending five years in an orphanage, Walter made the team at one of London’s top football clubs of the era, Tottenham Hotspur and later Northampton. Having been enlisted to fight in the army during WW1, Walter was promoted to the rank of officer. Sadly, he died in battle a year later. If you are visiting the new stadium in Tottenham, look out for the blue plaque dedicated to Walter. We linked Walter’s success to the first Black British female footballer, Emma Clarke, who famously played in Alexandra Palace. Of course, her blue plaque is in our playground!